One of the most serious and common types of attack on the Internet is buffer overflow attack. A buffer overflow occurs when a program attempts to store more data into a buffer than the space it has allocated in the memory.

The ability to exploit a buffer overflow allows an attacker to over write data to control the program execution path. This allows hackers to access our system remotely by executing his (their) code instead the process code.

Comodo Memory Firewall Constantly monitors the memory space and activity of the installed applicationsto make sure they do not fall prey to buffer-overflow attacks – a favorite and very damaging technique used by hackers to crash your system and steal your confidential information. 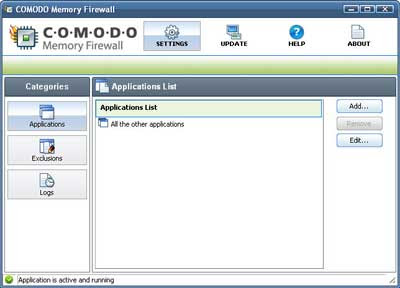