September 07, 2008
RAM (Random Access Memory) is one of the most problematic components in a computer. For example shut down or rebooting while booting, unexpected restart, disappearing applications, operating system doesn’t install, no display, etc may happen because of memory problems. if you have experienced any such problems while running your Windows operating system, you can use Windows memory diagnostic tool to test it. The Windows Memory Diagnostic tool includes a comprehensive set of memory tests and determines whether the problems are caused by failing hardware, such as RAM or the memory system of your motherboard 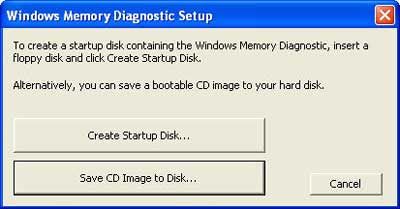