November 07, 2008
Editra is a multi-platform text editor for programmers. This feature rich application has an easy to interface and supports syntax highlighting and variety of other useful features for over 60 programming languages.

The project is still in its alpha stage, but test builds of "stable" points are available for download. 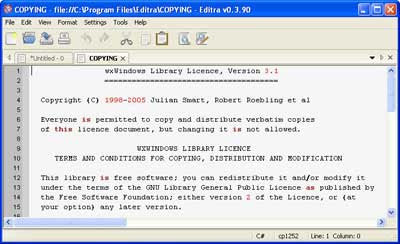 Currently the application supports Windows and Mac OSX (Universal) binaries, other UNIX and Linux based systems will have to install from source using the included setup script.