A versatile burning software for Windows 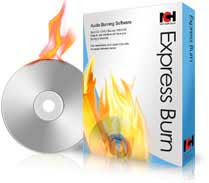 Express Burn is a versatile, tiny and free burning software for Windows that allows you to create Audio CDs, video DVDs, data DVDs, data HD DVDs and Blu-ray disks (ISO) containing any type of file. With this program we can record data, audio and video discs quickly and easily by dragging the files you want onto the icon and clicking Burn CD. It support most of the audio and video formats such as .WAV, .MP3, .OGG, .WMA, .AAC, mpeg, AVI, WMV, etc and can be written multi-session to add tracks at a later time. The program is just 388Kb in size and requires only a few system resources.