Just like cloud computing Panda security has released a cloud antivirus program that available for free download now. Basically cloud computing is a ‘platform’ designed to offer users access to computing applications on any internet connected device from anywhere in the world which drastically reduces the processing power and increases the productivity. Panda Security uses a security platform called 'Collective Intelligence' in this ‘Cloud Antivirus’ that offers high-level protection in real time, and reduces your system resources.

As it is based on internet platform, Cloud Antivirus does not need a system updates like a traditional antivirus. Collective Intelligence servers contain and maintain up-to-date all information needed to detect and neutralize all threats. That means your computer must be connected to the Internet during the scans. 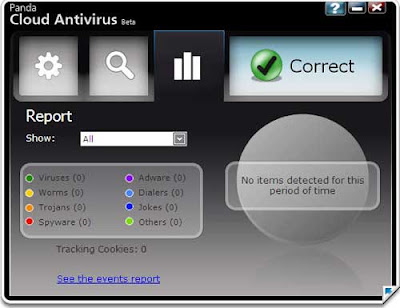 Cloud Antivirus is the lightest and fastest antivirus service. Scanning speed is also remarkable. According to Panda Security, because of the cloud-scanning from PandaLabs’ servers, the detection rate is also very high. 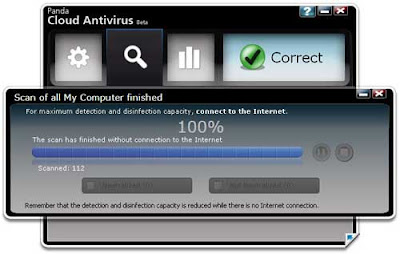 Cloud Antivirus currently in its beta stage and is available for free download. It supports Windows XP and Vista (32bit) operating systems. Remember to uninstall your old antivirus programs from your PC before installing Panda Cloud Antivirus.