The trusted security company Sophos has released a version of their anti-virus software, fully translated in to Klingon, an imaginary language spoken by Klingons in the fictional Star Trek universe. According to Sophos, they translated the program in to Klingon, because ‘their routine monitoring of sub-space transmissions alerted them that the loss of the Klingon battle cruiser Klothos is a result of trying to remove VBS/PeachyPDF-A from the battle computer using M'swoN'kar after Commander Kor opened an attachment from the system S'cam-419’.

The moment Sophos found out this, they knew they had to help. Its engineering team created this software by translating all of the text in the software from English to Klingon in order to help them. (English version also available) 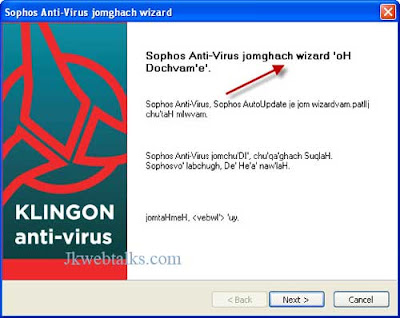 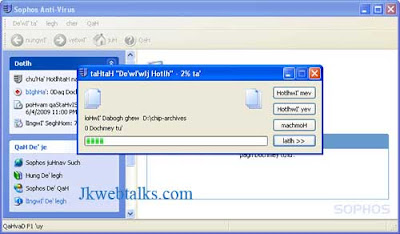