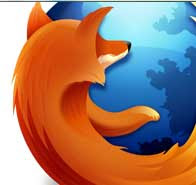 Mozilla has detected Trojans in two experimental Firefox add-ons. The add-ons Sothink Web Video Downloader (V.4) and all versions of Master Filer were found Trojans and it affects Windows users.

If installed, it would be executed when Firefox starts and uninstalling these add-ons does not remove the Trojan from a user’s system. These two add-ons has already been been removed from AMO.

Master Filer was downloaded approximately 600 times between September 2009 and January 2010 and it contains Win32.Bifrose.32.Bifrose Trojan.

It is important that, if you have installed these two add-ons, you should perform a thorough system scan you system with your antivirus program.

Antivirus programs like Avast, GData, AVG, and McAfee are known to detect the trojans found in the affected add-ons. [Via]