October 07, 2010
If you want to view a PDF file or Word document find on the internet, usually you need to download the file and open it in an appropriate reader. But with Google Docs Viewer there is no need to download it; you can instantly view it directly online. 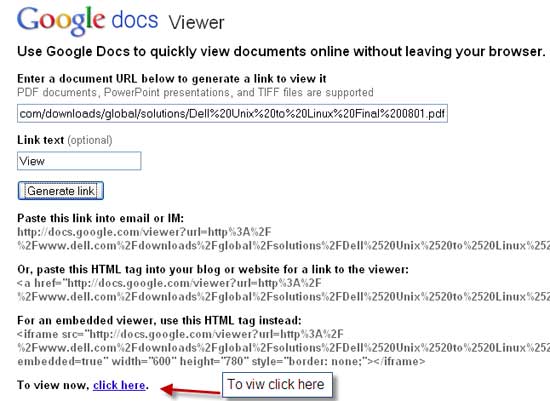 Whenever you want to open and read a PDF file, Word document, PPT, or TIFF files find on the internet, just visit at http://docs.google.com/viewer (No download, registration or login needed) and enter the URL of the document file.

Then click "Generate Link" button which shows you various options. To view the file click the link ‘To view now’ or you can embed the document in your web page or send by email.