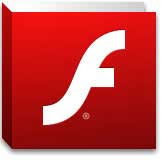 Adobe Flash Player is one of the most widely using software in the world. To watch streaming video, play games online, etc requires flash. At the same time flash is also one of the most vulnerable computer programs. There have been several reported exploitations in recent years. The only solution currently is updating flash player to the latest version.

But, the question is how to identify the installed flash player version and how to update it? Besides, Flash Player is available as a plug-in for Mozilla Firefox, IE, Opera and Safari (Google Chrome has integrated Flash support), so, is it necessary to update each and every one.

To check the Flash Player version, visit here, there you’ll see a page as shown above. Shown at right top is your flash player version, shown at bottom is current version. Update it if they are different from this link.

Note: If you have multiple browsers such as Internet Explorer, Firefox, Safari and Opera, you need to update each one’s flash plug-ins separately. For Google Chrome you need to upgrade your browser. [Via]