Screen Capture is a Handy Extension For Google Chrome

January 02, 2011
Screen Capture is an extension by Google for its browser Google Chrome that helps you to capture webpage as a whole, visible region or section of a web page and save it as a PNG image. As comparing to similar desktop tool, this tool is really fast when capturing large pages.

This handy extension supports horizontal and vertical scroll when capturing whole page. You can also edit (Highlighting, redacting and adding text) your captured image before saving it as a PNG image. 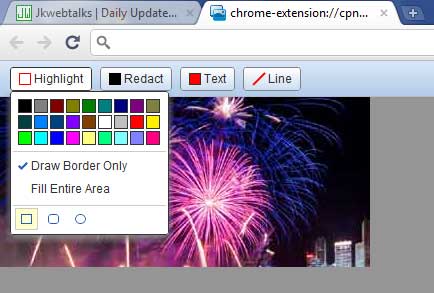