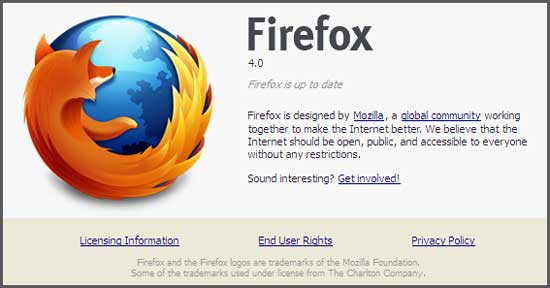 New features such as App Tabs and Panorama make it easier to browse the web. Moreover, the new Firefox Sync makes it easier for users to synchronize content over various devices.

The all-new privacy feature ‘Do Not Track’ helps you block advertisements that track your behavior online.
Moreover, Firefox 4.0 has also supports modern web technologies such as HTML5, CSS3, SVG, WebM, etc and offers a new web experience to users.

Firefox 4.0 Final is now live on the Mozilla’s FTP servers, and will be released officially on March 22, 2011, or later today.