May 29, 2012
Security researchers at Bitdefender have discovered a new malware “Flamer” (Trojan.Flamer.A), which is considered as the world’s most discrete and dangerous piece of malware ever. Once infected, Flamer can steal your data, copy passwords, record voice conversations, create screen captures, and even probe Bluetooth devices that are in the range of the Bluetooth card of the infected computer.

It said that, Flamer is similar to Stuxnet or Duqu, but much more advanced than they are and it was built using a variety of technologies ranging from LUA scripting to assembly language. 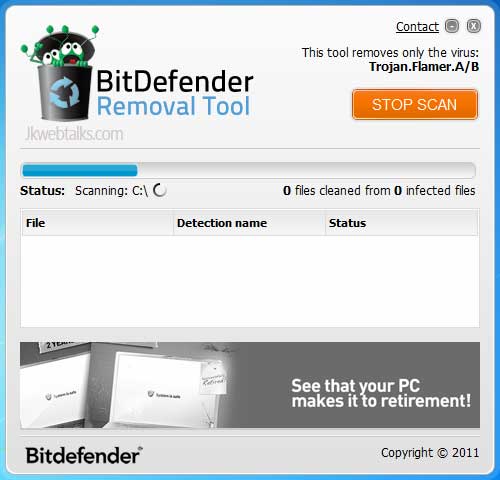 The attack by Flamer has been highly targeted and it is said that more than 5000 Windows machines has already been infected by this malware across Middle East Countries (Iran, Israel, Sudan, Saudi Arabia, etc). You can read more about the Flamer malware at here.

Bitdefender has released a standalone Flamer removal tool for both 32-bit and 64-bit versions of Windows. You can use this tool to find out if you’re infected with Flamer malware (Trojan.Flamer.A/B) and remove, if infected.

You can download Flamer Removal Tool from Bitdefender here [via]