What is New in Windows 8.1 Preview (Download Product Guide) 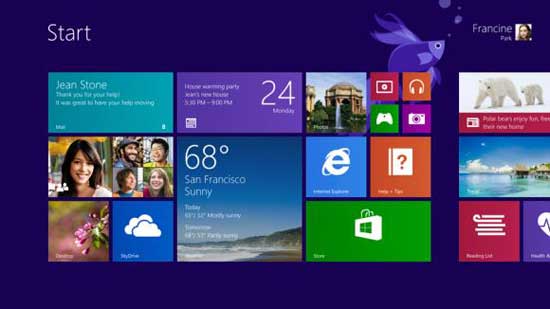 A notable feature in Windows 8.1 Preview over Windows 8 is the return of the Start button and boot to desktop option. The Start button intended for desktop users lets switch to start screen and vice versa using mouse.

According to Microsoft “Windows 8.1 Preview advances the vision set forward with Windows 8 to deliver the experiences that customers–consumers and businesses–need and expect in the next generation of PCs, tablets, and other devices. It’s Windows 8 but even better”.

If you would like to get more details and what is new in Windows 8.1 (Preview), go to Microsoft's download center and download the free product guide.

This preview is meant mainly for experienced PC users. If you’re interested, you can update your Windows 8 to Windows 8.1 or download the standalone ISO file and clean install it.

For your information, final build of Windows 8.1 will be available as a free update to Windows 8 later this year - in September or October.